The HDRB isolators are constituted of a series of vulcanized rubber layers separated by reinforcing steel plates, thus providing a device capable of supporting high vertical loads with minimal compression (elevated vertical stiffness) and allowing high horizontal displacements with relatively small reactions (low horizontal stiffness). The main property of the rubber is its ability to dissipate energy (damping capacity). When positioned underneath a building or underneath bridge beams, they have the effect of increasing the structure’s fundamental vibration period, thus greatly reducing any effects of seismic activity.
The HDRB isolators are bolted to external metal plates allowing them to be fixed to the adjacent structures using anchor brackets or bolts. The main advantages of this type of elastomeric seismic isolators are: 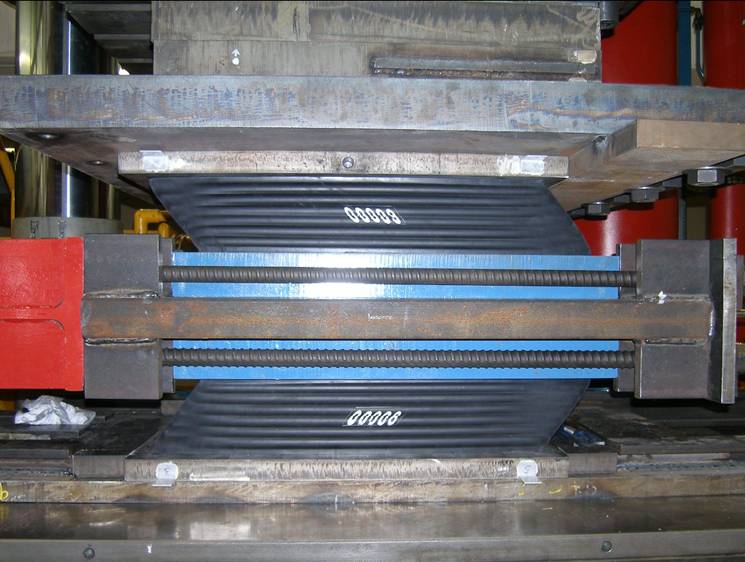 These isolators are similar to the previous but with the exception that the dissipation of energy is obtained also through the use of one or more lead cores. Lead (used here at a level of 99.9% purity) has the property of undergoing plastic deformation as it dissipates energy and then re-crystallizing after a cycle of plastic deformation. Because of this, it is able to sustain an unlimited number of hysteresis loops. The main advantages of this type of elastomeric seismic isolators are: 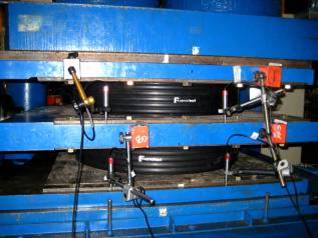 ALGAPEND are Friction Pendulum Isolators resulting from the most advanced technology. Their main characteristics are the following: